The Shadow Over Abgundriss
Abgundriss is a quaint town in the idyllic Sudaern’k country side where life is peaceful. The rich soils of the surrounding oak savanna lead to bountiful crops year after year.
This is made even better by the recent invention of Warforged, artificially intelligent humanoid constructs brought into existence by master arcane artificers, that make it possible for the surrounding farmlands to reach their full potential. And with a new factory on the way the coming years of bounty will be utopic. That is, they would be if it weren’t for the recent earthquakes and their horrific after effects. The nights have been growing unseasonably longer threatening the spring and summer growing season and folks in the town have been plagued by nightmares of a faceless man leaving them too exhausted to keep the town running smoothly. If thats not strange enough peoples shadows have begun to leave them in the ever shortening days in favor of haunting the horizon, providing their spectral company in a more sinister
way.

Now it is up to you as professional adventurers from the national guild, curious wanderers drawn to eldritch mysteries, or gritty townsfolk and farmers rising to the
occasion, to put an end to these nightmarish occurrences.

A Description of Your Style of Play:
The games that I host draw heavily upon my love of horror, sci-fi, and fantasy and are both plot driven and more sandbox in nature. Expect a game full of intense investigation, horrific combat, and role-play where missed clues and role play choices can be just as big of a hurdles as fighting. Mistaking dried splatters of health potion for
blood leading to a wrong accusation, or deciding to brawl in the towns dingy taverns instead of spying on the vaguely humanoid figures midnight rituals, could lead to dire consequences for both your party and for the town as the world keeps moving and reacting to your choices.

A Description of the Game Master:
Elizabeth Hickman Pine has been a house and games counselor for the Band of Mountains. She is an artist, educator and game master with a love for fantasy and birds. 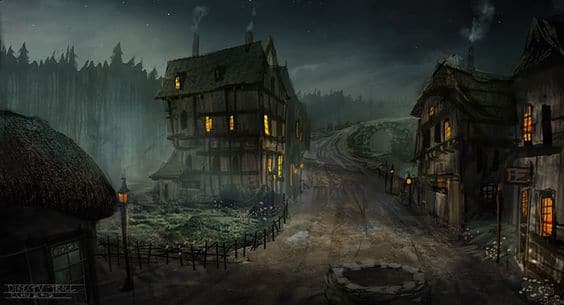 D&D5E with some house rules

Preparation Players Need to do Before They Begin:
Players should come to the table with either a level 5 character built using DND 5e rules found in the players handbook or with one of the pre-made characters I will
send out. If you decide to build a character, please use a standard stat array, [15, 14, 13, 12, 10, 8], before leveling your character up to level 5. Character options from any
DnD 5e expansion, such as Xanathar’s Guide to Everything and Volo’s Guide to Monsters are open to use, along with any feats, Unearthed Arcana content, or home-brew content, just run it by me first so I can make sure that it's balanced and make any adjustments. Get creative with your character and make them your own unique creation.

Also, I suggest you make a character token using https://2minutetabletop.com/tokeneditor/, another site like that or feel free to draw one yourself, just make sure to include that when you send me your character sheet.