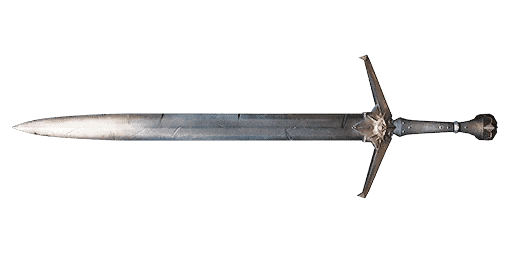 Prepared for Home or the Parks!

Enroll in our Alternative Summer now and a week of activities with our fun-loving crew of visual artists, theatre artists, coaches and fantasy game masters becomes available for you and your kids to explore together at home or in the parks.

Whether large social gatherings remain shut down or whether we can remove from sheltering-in-place with degrees of distancing and personal protection, Adventures in Cardboard has been developing alternative programs for a range of situations Minnesotans may find themselves in this summer.

If you recall the tales of the coming of the Iztani to the Realm, you know mercenaries of The Empire rolled across the Sea of Sutherhluta in low squat iron vessels and fought for a century and a half with the Wyddic Houses of Hart and Drake. Though The Empire failed to subjugate The Realm with spear, shield and zamshaar, the Iztani mercenaries transformed themselves into the Paladins of A'quilah after The Empire left them to die.

If you recall the tales of the twins Aescer and Aethel Heorthgeneat and the coming of the Ghoddic clans from a dying continent east of The Realm, then you know the Arkans first came with broadswords and great spears to fight against The Empire alongside the warriors of Hart and Drake. In their homeland they were The Méonwara, The Hunigtoth and the Great Nithing Clan under terrifying Queen Bothíld. Some among them were Dreówudu: skinchangers who could take the form of great bears and other tusked, horned and claw-bearing beasts of the wilderness.

Eight New Houses from Iztan and Middangeard will be here this summer to explore and develop, each with new sigils, backstories and cultures. Created largely by Kevin Bowles and Julian McFaul with input from your stories over the years, we'll delve into new lands who's peoples and histories shaped the Realm!

Master woodsman Ramón Cordes sets up lore prizes in our favorite parks for you to hunt and find. Follow mystery trails each day to the end! There may be clues to interpret, maps to follow and riddles to solve. If you succeed you can accumulate lore points over the summer to engage in a final trivia showdown for one of several relics of power!

Each week you will receive cryptic instructions and a map. Your forays into the parks on your own time or during scheduled character hours may last from a half an hour to several hours.

You may use knowledge gained from camp or scour our lore pages to help you solve any hunt!

Welcome to the castle of the Lich Queen, largest castle ever yet created by Adventures in Cardboard! Your favorite Castle Masters will have a gigantic almost completed castle set up for you to explore in the Valley of the Goddess.

You may design and add a shop, dungeon, smithy, inn or other structure and if physical distancing recommendations allow, spears and shields will be on hand for small battles!

Use our scheduling wiki to help you plan a visit to avoid over-crowding.

Capture the Flag in Iztan

If physical distancing guidelines allow, we will meet you in several parks over the week in groups of under 40 campers to conduct wide-spaced games of Capture-the-Flag.

We'll go over simple rules to maintain physical distancing at a minimum of 10,' learn to fight with longbows, great spears and large shields and explore strange and fun new Iztani rules for organized skirmishes and flag capturing games in a new land!

Counselors will be ready with cleaned and prepared gear for campers to use, no building or personal gear is required.

For two hours each day of the week you and five other players will meet a game master online for an immersive ongoing tabletop roleplaying adventure!

We have been honing our skills presenting a wild array of adventures in all genres on a host of different virtual tabletops. These are original and highly social RPG adventures played by listening, storytelling and interacting with each other in groups of no more than six adventurers.

A Homerule Armory session will be conducted at least once during your week of camp and more times if the situation forces us out of Capture the Flag.

Design and create your own cardboard props and costumes during the week, or visit our Minneapolis studio the Friday before camp begins to pick up a set of pre-cut arms and armor projects.

During the Armory, a skilled and patient artist will meet with three specific campers online to celebrate their projects together, advise them on construction and inspire them to new heights of creativity while everyone builds in-parallel. If campers desire we can develop backstory, powers and combat choreography for our cardboard props and costumes.

Our favorite counselors are creating a variety of wild and outrageous social and physical activities to choose from. Some klatsches are discussions, some are games. Some are tutorials and others playful theatrical activities. All klatsches will be delivered with AiC's uniquely improvisational and unflappable anything-goes-if-it's-fun-for-everyone fashion.

Here are some of the ideas currently in development!

… and much more. We’ll also be taking requests from the kids; there's way more under the sun than even our 100+ minds consider to be fun and worthwhile for playfully creative thinking and both physical and social engagement!

The Realm in Virtual Reality

Our enthusiastic counselors and coders are working furiously to put the entire world of The Realm on a Minecraft platform.

Choose a skin a stay in the vast southern half of the continent exploring the land for stories, quests, relics and other easter eggs. Counselors may often be available in their avatars to help set up quests and adventures through a proximity chat feature. Much easier that the chat bar!

You can also head to the tumultuous northern half of The Realm (strangely looking exactly like West Bush Lake Park) where games of Dominion, Capture the Flag and Capture the Forge rage unabated. Join your team, put on your house's colors, make your fortifications and foray into enemy territory to steal flags, territories minerals and glory!