Cosmology of The Realm

Here are some story ideas about the innate living magic of The Realm. Sometimes the conflict in games can have less to do with misunderstanding and war between the clans and instead be rooted in the very nature of a magical and sentient land.

In The Realm all of existence is thought of as The Cloth of Life. Thing, a name for the unknowable primal creative energy, dreams of The Weavers to weave the strands of fate that lead us all to our fortune or doom. Sometimes great heroes and thinkers can influence The Cloth of Life or even change or cut the weft and warp of the cloth itself.

However, all of this noisy and chaotic weaving and changing and cutting angers what lies in between the threads of the cloth, what lies in The Quiet, the original nothingness from which life sprang. What rests in The Quiet despises being roused from its infinite slumber and seeks to quiet all life and bring things back to the nothingness before the web of life sprang into being.

What lies in The Quiet are often called Sorrows; for the actions they take to quiet all of noisy chaotic life, brings sorrow to the living. Though initially without physical form, these malevolent Sorrows can be devastating as they quietly creep and manifest themselves into all aspects of life.

A Sorrow is often called a Shadow when it begins to rule a House. Such as, “A Shadow has fallen upon the House of Drake after a century of war. Their hearts seem now to be ruled more by suspicion than by love.”

A Sorrow is often called a Shiver when it begins to control an area and threaten things nearby. Such as “The Arkan Hills hold a Shiver these days. The hill-paths are now dark and noisome. Travellers of the hills would rather not speak of things experienced there!”

A Sorrow is often called a Horror when it becomes physically manifest and threatening. “A Horror now haunts Tacheanel Bridge. It takes the form of a monstrous spider thing… that talks!” 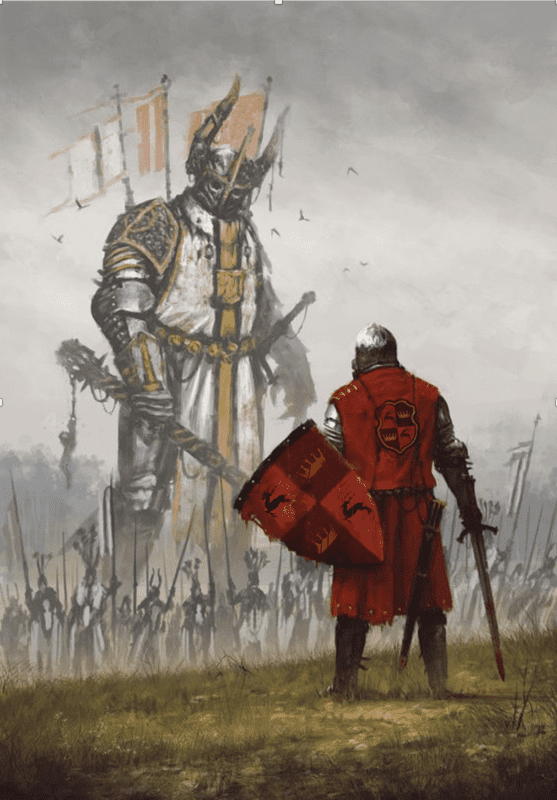 Thing, has placed a multitude of things in the world to aid the people in finding balance and shaping it. Not the least of these are The Graces who stand against The Sorrows and inspire the people towards greatness. The Graces often speak to denizens of The Realm in dreams. Some say the eord-sigils themselves are Graces that appear in the form of dream animals. Some also say Graces occasionally take human form and lead heroes to great and courageous acts of kindness of selflessness. And some say that it was from the Graces that the denizens of The Realm came to know of the four selves.

If one or more of the selves are weakened this has a different effect on a living being.

Self of Flow  -  Blood/Movement/Fate  -  Element of Water

Weakening the Self of Flesh can lead to death.

Weakening the Self of Flow leads to disease, immobility or loss of personal influence.

Weakening the Self of Spirit leads to fear, cruelty, selfishness and greed.

Weakening the Self of Being leads to loss of sentience, consciousness itself.

Think about what mythological narratives work to drive the clans apart. How do Sorrows influence clan rivalries? How do they influence our characters in The Realm?