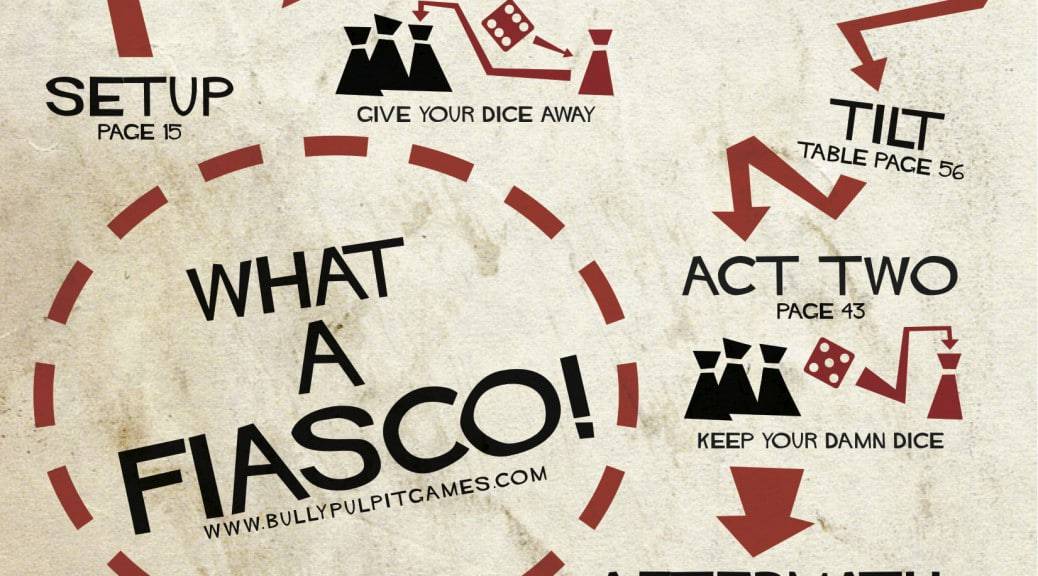 Style of Play: I love playing games like Fiasco because it lets players collaborate on telling hilarious stories, where bad things may happen to the characters but everyone has a good time. I encourage improvisational tools like listening and agreement, to make sure that each player has a chance to be heard and contribute to the game. The dice-less, narrative-focused Fiasco system is a great opportunity to develop role-playing skills that will make games like Dungeons and Dragons more enjoyable!

About the GM: Long ago, Chad was in a college improv troupe and developed a love for making up stories with other people. Even longer ago, he played Dungeons and Dragons and read every fantasy and science fiction book he could get his hands on. More recently, he earned a PhD in literature, self-published a novel, and taught English in other countries.

Preparation: You will need a free account on Roll20.net.