Power: Similar to Ghost Helm. When used off a trail, the wearer becomes invisible if they are stationary for more than 5 seconds. If the player moves, they become visible and the count is reset. No effect if used on trails.

The remains of an albino stag hunter for over a century by the royal line of Hart. The queen that final routed the stag was found skewered against the dead beasts’ prongs. 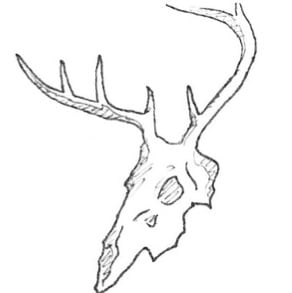