CONFIRMED! copy this URL to ACCESS THIS INFORMATION LATER!

Thanks for joining us for The Realm in Minecraft on Saturday! Your AiC moderators, who are also counselors at camp, will welcome you and get you started!

You may join, leave and re-enter any time you wish between 2 and 5pm om Saturday. Full and detailed instructions for getting set up are written by Master Logan below.

The Realm is a miniaturized complete version of the map of the Realm we use for our camps and original online role playing games. You can study the map here first if you like. When you join Minecraft on Saturday there will be several team options for you to consider before we begin our epic game of Capture the Flag. Typically we will start with everyone in survival mode at your spawn of your choice: The Kingdom of Arko, The Camp and Mines of Sahn-Gliér, The Fortress of the Hákkarlans or the High Castle and City of Hart. The Aergwyll y Draechi and The Paládanic Sanctuary of A'quilah are much further away and far more difficult to find. If you want to seek these strange and far off lands you are welcome to locate them on your own, but Drake and A'quilah will probably not be in the game!

At some point moderators may switch from Capture the Flag to PVP or monster battles in gladiatorial dueling boxes hovering far over the ocean.

Campers and their older friends and family members may join, we just ask that any player register first and get on our whitelist so we know what to expect. This is fun for any age!

You don't have to play any of the competitive games to have fun either. Just like at camp, if you tire of battle you can simply wander The Realm in search of relics and adventure and a moderator will set you up with a quest if you ask. You can also find the portal to join our creative mode plane of existence and the adventure mode plane far off on the lonely Iztani continent.

See you in The Realm on Saturday and thanks for your support!

Here are the instructions for getting set up from Master Logan. If you have any problems email him for help at [email protected]

1) To Join the Minecraft Server

Minecraft is a little strange in that there are two versions of the game, Bedrock version (for iPad, Xbox, Switch, etc.) and Java version (for PC and Mac). Because of how the games are coded they are basically two separate games that just so happen to look and act almost completely the same!

The staff who have been working on the Minecraft project only have access to the Java version of the game so that is the version we had to go with as we were developing the server.

Unfortunately, this means that if you normally play Minecraft on Bedrock edition you won’t be able to join the Java version of the Minecraft server.

If you would like to join the AIC server, we would highly recommend picking up the Java version of the game. Because Minecraft doesn’t use very complex graphics, even a mid-level computer will be able to run the game without issue.

Please let us know if we can do anything to help, or if you are using the Java version of the game and are having any other issues.

The new Minecraft Update 1.16 just released (awesome!) but unfortunately some of the extra features we use for the server have yet to release compatible updates (less awesome).

We’ll be updating as soon as we have the option to, but in the meantime, here are instructions for jumping back into 1.15.2 during this week so you can continue adventuring in the Realm! Once you have this set up it is quite easy to jump back and forth between game updates. 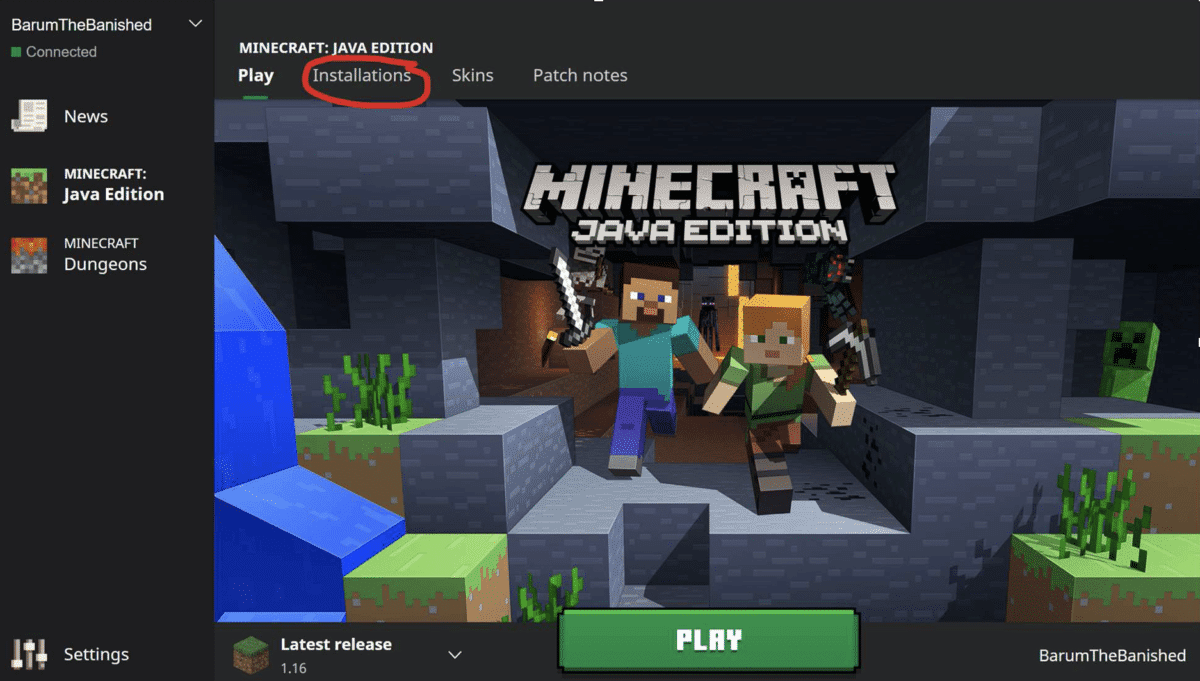 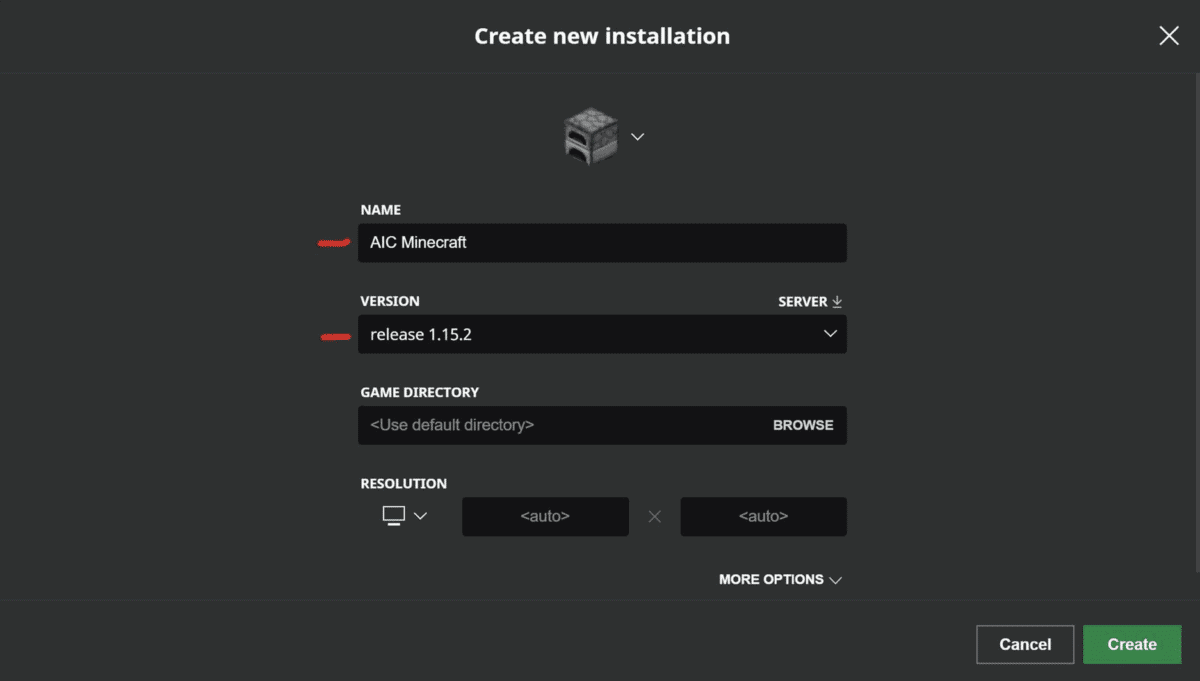 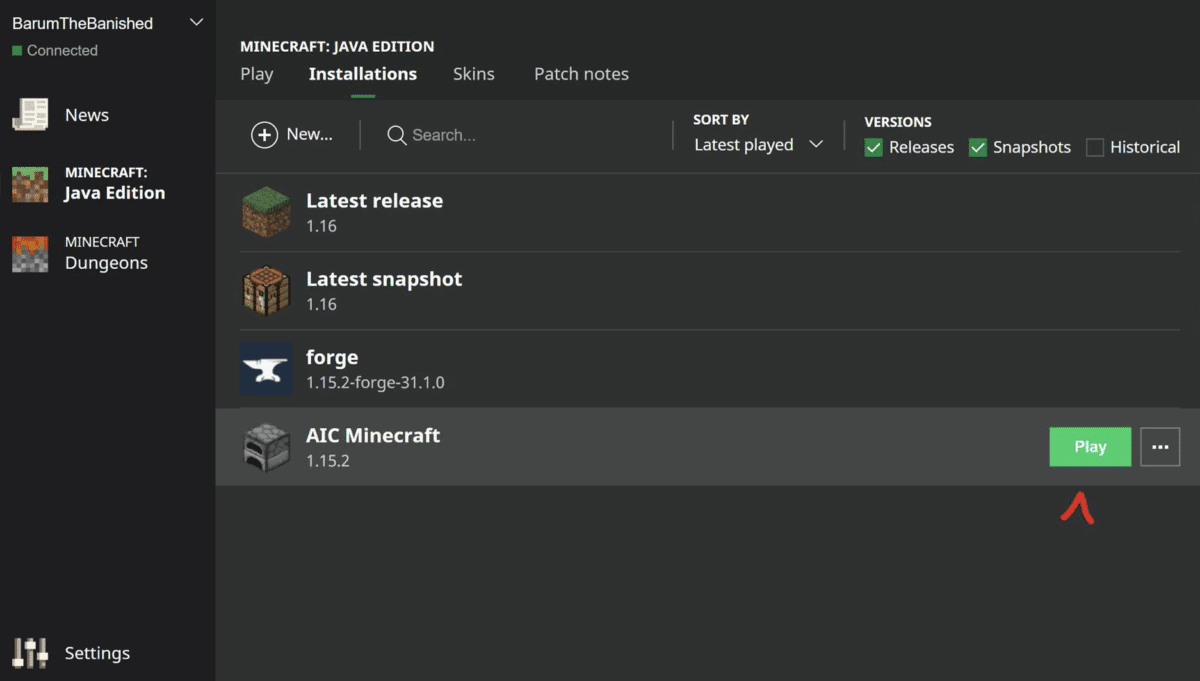 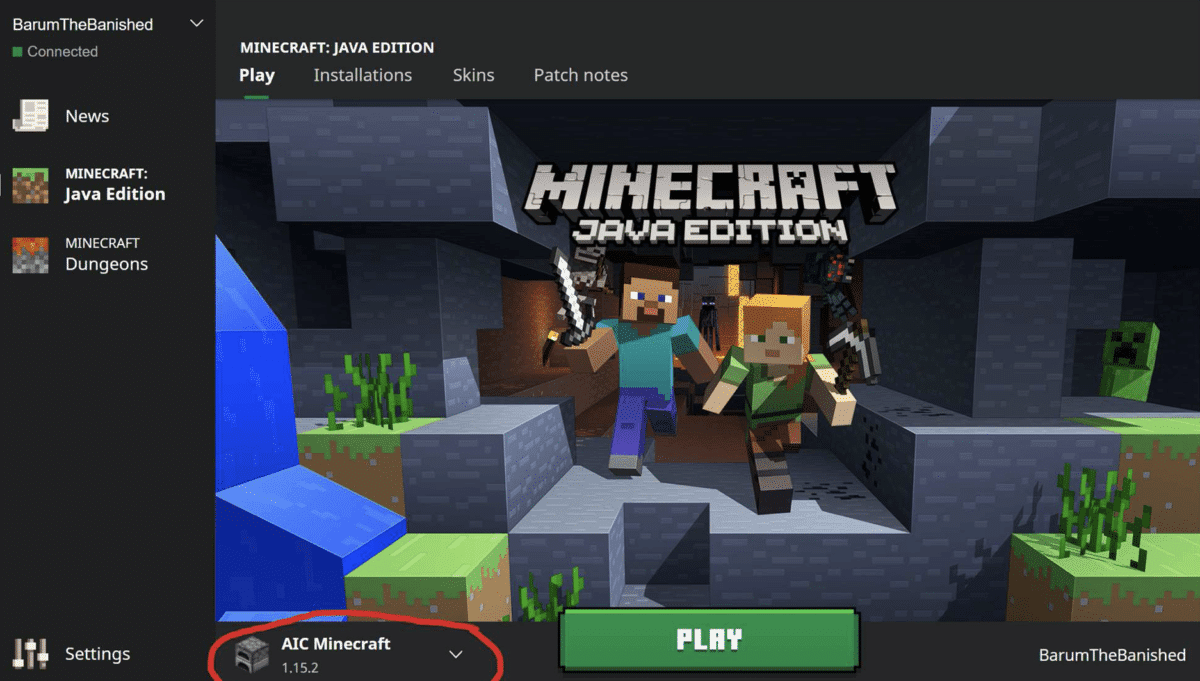 Hopefully, that is helpful! We will let you know as soon as the server we are hosted on allows us to update to 1.16. In the meantime we hope to see you in the Realm and continue our adventuring and creating together. And as always, please let us know if you have any questions.

I’m lost! How do I get to the enemy kingdom?

We have large beacon beams set up to help direct you to the opposing kingdoms. A colored beacon means you’ve reached the edge of the kingdom of that color. (i.e. I see a red beacon! That means I’m on the edge of Hart territory) White beacons are placed on the trail between the kingdoms to help guide the way. If you’re wondering where to go follow the beams! If you can’t see the beams, because you fell into a huge pit with no means of escape…just let the moderator know and we’ll teleport you back to your home base.

I’m at the enemy base but I can’t find the flags! What do I do?

Hunting around for the flags is part of the fun, but we will give you some general directions as to where the flags for each kingdom are hidden.

Oh no! I’m killed by another player! What happens?

If you are slain by another player you will automatically respawn at your home base. Just grab some equipment and jump back into the game.

Ooh! I’m a Wizard and I just picked up a bunch of potions from a Wizard I defeated! Can I use them?

Everyone is sending messages! How do I do that?

Press “t”, type your message, then hit enter to send it.