Join us for four new outdoor adventures! We'll be rounding out an action packed month of May with: 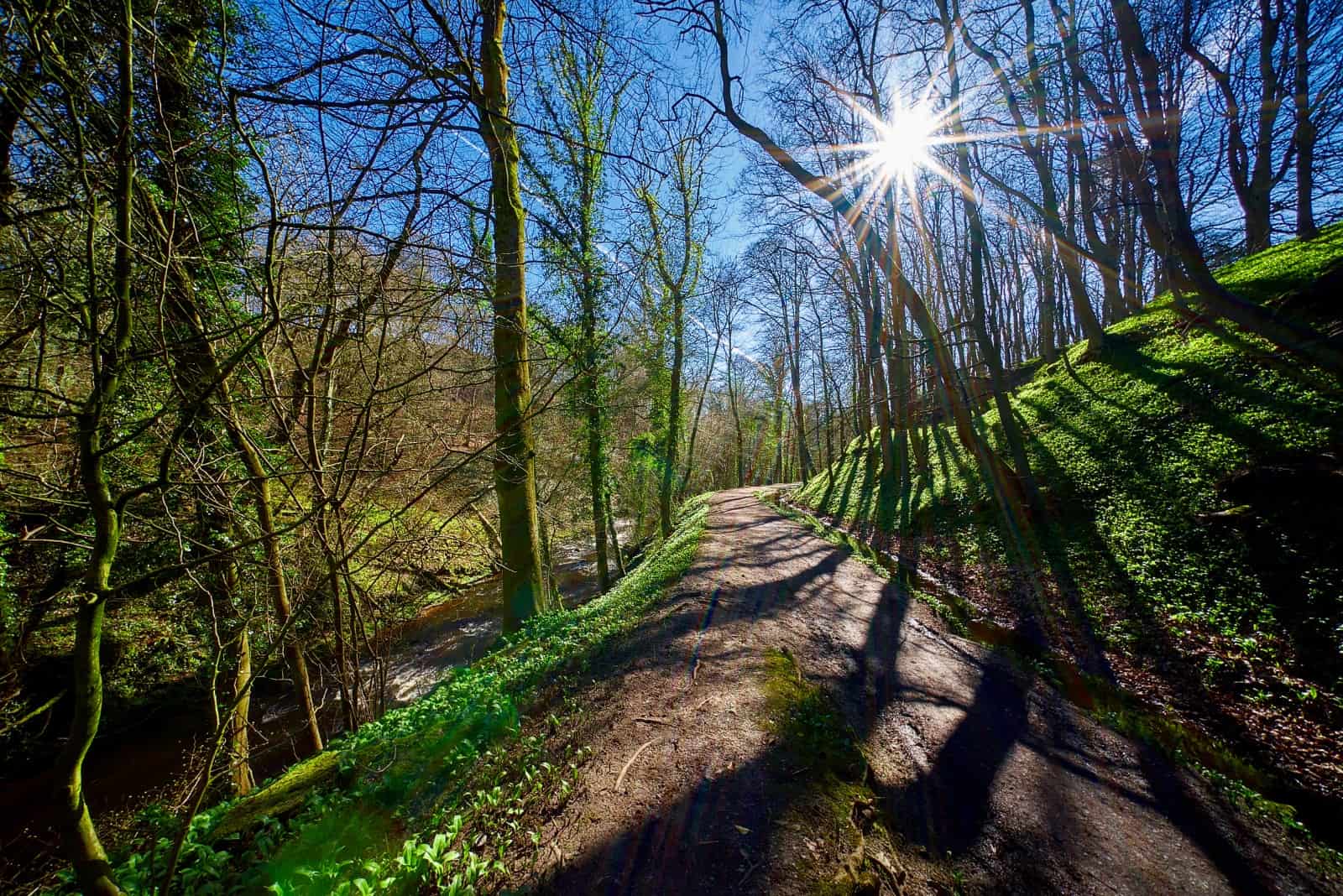 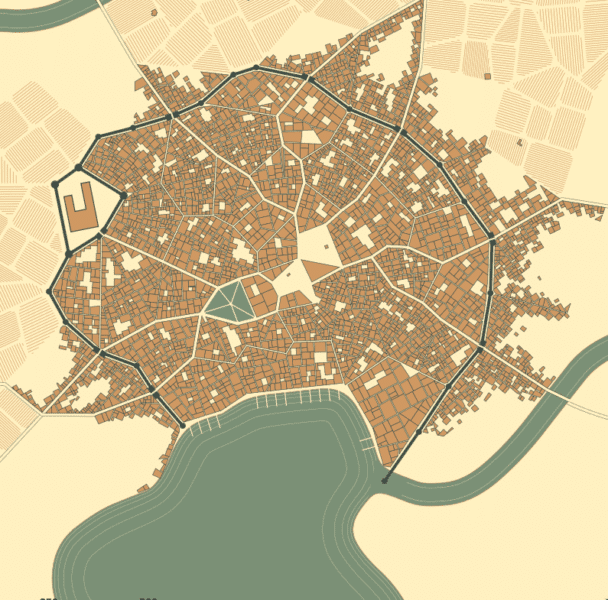 Adventures in Cardboard is developing several new games. We'll review and discuss the rules, play test these games, then reconvene to evaluate how they can be more fun. Participants should be as excited to discuss their experiences as they are to play-test new games.

Games with Team Asymmetry: These will be experimental games with asymmetric teams that intersect within the same system of rules, but have very different way of gaining points to win the game. We'll play with some concepts developed by game designer Cole Wehrle in Root, a popular asymmetric board game of the last few years. We may also integrate the building of towns and economic activity into the game of Dominion. In addition to playing as part of an Esteemed House, you'll now also be able to play as part of a Village, a Free Town or a Band of Outlaws.

Hard Tactical: We'd also love to play test a few rounds of a new and potentially punishing survival gaming. All players start the game alone with nothing more than a cardboard dagger. As players find each other they may form teams and establish bases for creating gear and protecting both gear and stolen loot. But to build anything at all they'll first have to find the tools and materials!

Game Day: Hunted of the Sahn 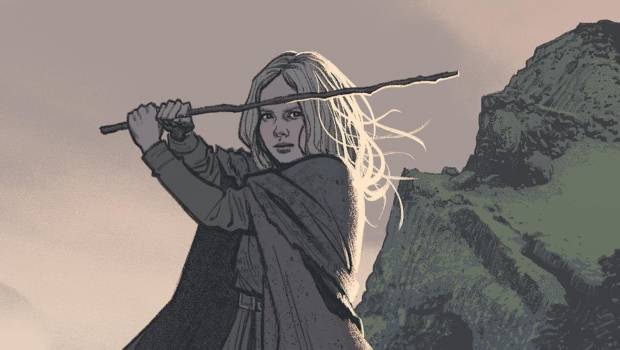 The Strategic Game of Dominion

You'll generate some simple and not overly-complex character stats and backstory that can be leveraged to affect the game in specific ways.

Rivalry between the fortresses of Béorfort and Eorfóric had existed since the birth of the Kingdom of Arko. The High Hartian King at Dumnonia granted all lands between the rivers Ypswine and Gurthang to Aetrig the Eight Fingered of Béorfort, daughter of Aescer Heorthgeneat for her family's help in driving the Iztani captains from the Realm at the end of the Elder Wars of Empire. But winning a kingdom gained Aetrig the enmity of her cousin Aethelban in Eorfóric. This enmity remained undying in the hearts of Aethlban's descendants.

Thirty years ago the enmity between Béorfort and Eorfóric flared up again. An assassination and kinslaying and a now thirty years a war of succession has soured all life and profit in the merry, old Kingdom of Arko! ​

30 years ago Queen Islhild of Béorfort, descendant of Aetrig, uncovered what looked like a plan being made by one or more of Aethelfrith's 12 sons to assassinate her. Aethelfrith was a descendant of Aethelban in Eorfóric and had been a powerful and loyal warrior in the west, even if he was infamous for being imprudent and for speaking his mind at will.

Ishild had Aethelfrith’s eldest son, Waehara, imprisoned. This sent Aethelfrith into a rage and he set out to capture her son, Prince Eadric, as a ransom for his own son. Finding the young prince on an errand in the wild Kathgrach Mountains, Aethelfrith chased him up the witchy slopes of Knockamore with many of his sons. At the summit near an ancient stone, Eadric slew Aethelfrith with Caledbolg, hacking off both Aethelfrith’s arms in the process. Surrounded by the enraged sons, Eadric plunged the sword into a stone claiming it wouldn’t be drawn again until Aetrig returned to the Kingdom of Arko, whereupon he was hacked to death and his limbs were scattered all along the twisting witchy ridges of Knockamore. The sword, however, could not be drawn by any of the sons and then disappeared.

On the evening of same day of Eadric and Aethelfrith’s deaths, Ishild was poisoned on the throne. The 12 sons immediately installed themselves at Béorfort as “stewards of the Kingdom” until a rightful Queen would return. Though Ishild had given birth to a child the month before, little Princess Haedreu, the Queen’s midwives were worried for the life of the child and had her whisked away in secret to live with their allies in the wild Sahn. The midwives claimed the little princess had been poisoned by her mother’s milk and the wrapped bodies of the Queen and her cat were laid to rest in Thynghaugr near Béorfort. Everyone but the midwives and the Kattegutians who raised the little princess believed the line of Aetrig had come to an end with Eadric's murder. It was unfortunate for the sons though, that Caledbold had been lost - for no rightful ruler of the Kingdom of Arko had ever born any weapon except Caledbolg. This through into question whether the sons of Aethelfrith of Eorfóric had any right to take the throne.

The Sword of Destiny

Presently the twelve sons have stiffened their resolve to find the sword that could give them the right, as well as the might, to finally rule uncontested. The sons believe that if they retrieve the Sword of Destiny all of Arkoland will fall behind the rulership of six-year-old Aethelflaed the White, daughter of Waehara. But Knockamore is a wild, sentient and changeable mountain. It's ridges never lead to the same place! With help from a learned noble of the House of Hart, a sage from distant Icénia, the sons believe they can find a way through the twisting ridges to retrieve the Sword of Destiny.​

Meanwhile deep in the Sahn, a rustic band of warriors from Kattegut hopes to find the sword first. These warriors took up the search for Caeldbolg after a nághra of their village shared her prophetic dream of a flaming sword. The Sahn-Gliéran villages of Kattegut were forever loyal to Aetrig for welcoming the appearance of their ancestors in the Realm. The knights of Eorfóric on the other hand, had originally driven the Sahn-Gliérans beyond the Marches of Nagooth into Kattegut and into wilder goblin lands further east. Haedreu had been raised in exile in Kattegut disguised as a young warrior called Halleck. Her martial skill was revered amongst these wild and friendly people and she learned their ways as well as being tutored in the traditional lessons of an Arkan noble.

Lastly, complicating the search for the Sword of Destiny are the Wildervolk from Ghulboeddin who's spies had learned of the naghra's dream and traveled a great distance from their icy wastelands in the north to the Kathgrach Mountains and to Knockmany: Hill of the Scattered Limbs. The Wildervolk have hired Draechi assassins to follow the adventurers from Kattegut hoping to steal the sword if found.

Will the sword of Aetrig find Aetrig's descendants? Will Aethelflaed take it first and establish a new lineage? Will the Wildervolk steal the sword for whatever power they plan to unleash? Plot, scheme and adventure as a lord from Icénia, a knight from Eorfóric or Béorfort, a warrior of the Sahn, a Wildervolk of the North or an assassin of an ancient Draechi order. 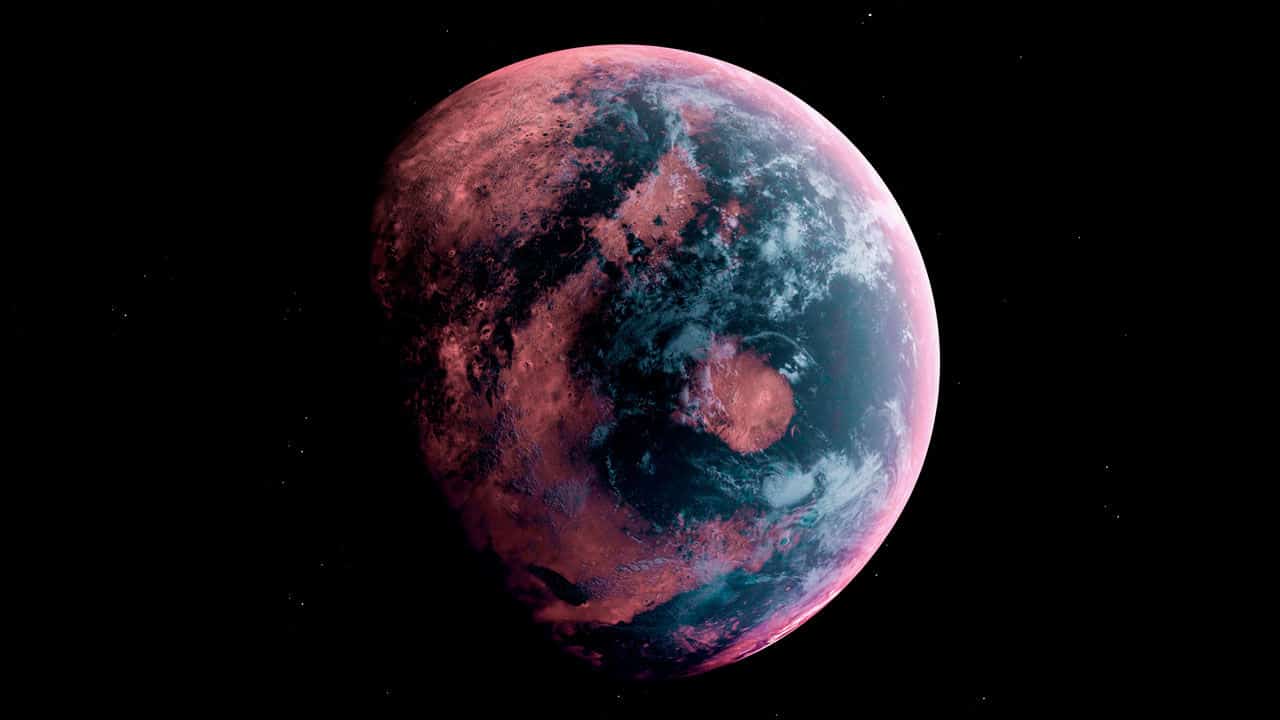 An assortment of over ninety nerf guns and gear will be mixed with melee combat and armor in this combination adventure in the theme of Star Wars, Solaris and The Thing!

The Strategic Game of Dominion

We'll be playing a game of Dominion between Imperial Forces, the warlike Fech-Kian and a vast alien intelligence.

In our last adventure, rebel fighters escaped Imperial forces on Proxima Centauri b and succeeded in destroying the planet's single and horrifying native inhabitant: a sentient ocean of plasma known as the Plorosite Intelligence. Humanity thought it had seen the last of 'The Thing' and both rebels and imperials felt relief about that. First contact between human beings and deposits of the Plorosite Intelligence had not set them up to be the best of friends.

However, tissue from the nearly-destroyed Intelligence escaped total annihilation by hitchhiking on the blood-spattered armor of Imperial Troops. These were cells with enough sentience, memory and energy to travel with their hosts until circumstances allowed a distant station near Rakata Prime to be hijacked for the purposes of its rebirth.

The Imperial station was developing a super weapon in a gravitationally anomalous region of the galaxy made remote by its inaccessibility to hyperspace travel. No help would be forthcoming after a hijacking. The sentient tissue seized and re-converged several human neural networks and then quickly spread from being to being destroying and re-converging most of the organic matter on the station into a nascent intelligent oozing plasma. This fetal intelligence seized the bridge and went in search of a suitable homeworld for the full rebirth of itself.

After this initial assault, the still-independent organic beings on board managed to wall themselves off from the rest of the station in the gardens, cisterns and waste systems of the upper decks. These survivors created a border between them and the baby-thing by redirecting lethal emissions from an accessible drive toward the drop tubes that connected them.

Meanwhile, with knowledge taken from the neural cells of its unfortunate victims, the little-thing-that-could easily adapted the Imperial super-weapon to be a procursus mitosi. It would be used to stun and re-converge all organic matter on a suitable planetary surface and a vast and oceanic neural network of sentient cells would re-form as it had existed on its homeworld.

The half-born thing quickly located a suitable host planet in the system of a nearby spectral M5.5 Ve-type star and moved the station into orbit. Whilst sending Plorosite deposits to colonize the surface, several surviving crew members launched re-configured droids to intercept these shuttles and send most of them accelerating into the main architecture of the station. The resulting scattered wreckage and organic matter froze in orbit while a number of shuttles with Plorosite deposits still on board, a large portion of the station itself and a number of the surviving crew crashed onto the planet's surface: the procursus mitosi still in the possession of Plorosite deposits.

If things weren't difficult enough, the planet's native inhabitants, the Fech-Kian, were of course a fierce and war-like civilization unaccustomed to visitors. Not at all pleased by the explosive intrusion into their world, the Fech-Kian set to exterminating alien life forms with medieval-style vengeance.

Fech-Kian – Stay alive and drive all Plorosite and Empire forces off your world!

Baby Thing – Have your deposits survive long enough to set the procursis mitosi deep in the ocean and send a shock wave of destruction across the planetary surface followed by the re-organization of Plorosite-colonized, sentient cellular tissue!

Imperials of Rakata Prime Base – Capture and reset the procursus mitosi to be a planet wrecking procursus belli. Optionally escape on re-fabricated shuttles while the super weapon wipes out all life on the surface, but for the sake of Lord Vader wash up better this time if you make it!