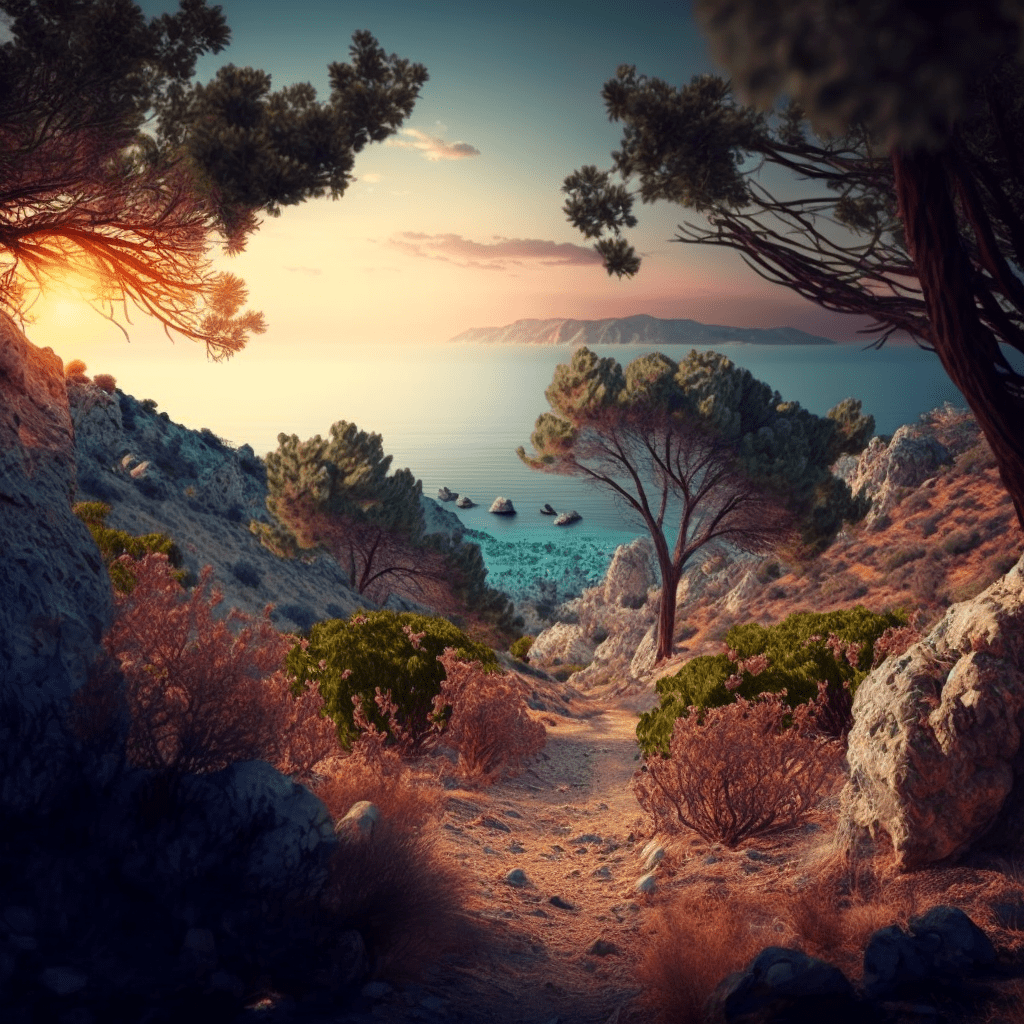 The Béornzum (or Bear Hills) is a rocky slope of karst in northern Arkoland that both dwarves and humans presently call home. It is the dry, warm region of the eastern slopes of the Éddan Mountains that descend dramatically to the southwestern shores of Ethsea. The region spans from just north of Thynghaugr to Béorfort in the south. A labyrinthine networks of craggy limestone hills and valleys, the Béornzum is ancient-feeling and much warmer and drier than the lands nearby, laying as it does in the rainshadow of the Éddans. The tall peaks drain moisture from prevailing westerly winds, sucking most precipitation into the Sea of Aergwyll in the central mountains of the Realm and leaving the Béornzum dry.

The Beornzum is a beautiful and rugged country dominated by fragrant shrubby herbs from Spring through late Fall - rosemary, bay, thyme, scarpan and zalinthlay. Patchy copses of cyprus and hazel trees decorate the slopes and in some areas it's the frazzled-looking bear hills heath who's burls produce the Realm's most prized briarwood. Indeed, pipes from the region's best carvers, both human and dwarven, are generally sought after by avid smokers from Mabon to Austerikki. Though the dwarven pipe is usually a long-stemmed churchwarden of exceptional angularity, human carvers of the Bear Hills favor a pipe that is poker or billiard in shape.

The Beornzum is a region of rich cultural pollination far beyond pipe carving, however. Humans and dwarves have cohabited here for at least a millennium; any visitor to any public house in any town or rocky settlement of the region will experience the results that a thousand years of peace has made. The ale houses of the Bear Hills boast some of the best meals, drink, smoking and music in the entire continent. There is simply no other place one can enjoy an ale with dwarven korch (a kind of pastis and hazel liqueur) with the delicately melting shanks of the Realm's best soft-braised lamb - or sip the smoke of exceptionally well-fermented pipeweed from a long stem of briarwood while watching laughing and sturdily-built folk whirl in whistling kilts to the droning of draailier's cranked by dwarves. The draailier fiddle melodies of northern Arkoland and Éddan are wild and complex.

It should be noted by those facing a trip to the region these days, that the Beornzum Basilik has thankfully been hunted nearly to extinction. Though, sadly, with the beast has also gone tyrian basil - the great spicy purple leaves that once gloriously festooned the crags near the high springs of Éddan. Though the herb is all but vanished, lucky explorers may find spots where it still grows under the lichenized statues of Beornzum folk - all that is now left on the unfortunate prey of the basilisks of old!