Listen to the audio below to hear our story.

My name is Fruha Sigrid. I was one of Queen Yrsa's shield maidens.

Queen Yrsa was a frail woman. It wasn't always like that, oh no. She was a fierce hersir before ascending to jarl and finally to queen. But her health began to fail very soon before she became pregnant with her only daughter, Brynjar. There were rumors that she made a blood oath to a witch for children, but I don't know the truth in that. When the princess Brynjar was no more than 10, the Sanh-Glier had a tentative relationship with Arkans (we both come from the same peoples in the beginning). King Ishild of Ishelm had ended the thirty year war about two decades prior and the kingdom of Beorfort had a much more advanced medical centre than any of those found in Sahn-Glier territory (we are much more well known for our bravery in battle than our treatment of ailments). Anyways, Beorfort had, at that time, the start of some sort of medical college full of mages and the like. So we went for the queen. It was no use. Nothing could break the weakening. So she came up with a plan. She resolved herself to marriage for the good of her daughter. Though many cared dearly for Brynjar, the Sahn-Glier are not people who elect a king or queen on blood alone. Brynjar was strong, but only a child and she would die if the queen did not take action. Queen Yrsa found a nobleman, a distant relative of King Ishild and planned a morganatic marriage. If she knew... If she knew what would happen to poor Brynjar, she would never have married the bastard.

It is true. The Queen made a blood bond with an ancient witch of the Realm. A tithe in exchange for a child. Unfortunately, Queen Yrsa did not realize that giving up a tenth of her life would cut it so short... She was determined to save the person she had sacrificed a portion of her life for originally: her daughter Brynjar. When her spies sent out feelers to determine who would be a suitable match for her marriage (subservient and not too power hungry), Thane Aethbir, an Arkan noble, was at the top of the list and asked for very little: just safety for himself and his mage hand, Zorriand.

Will the Thane prove an answer to the Queen's dilemma? Only the next part of our tale will tell ... and to hear that we will need to find a landmark that matches the description below:

Two mouths lead to the structure, hiding behind the trees. 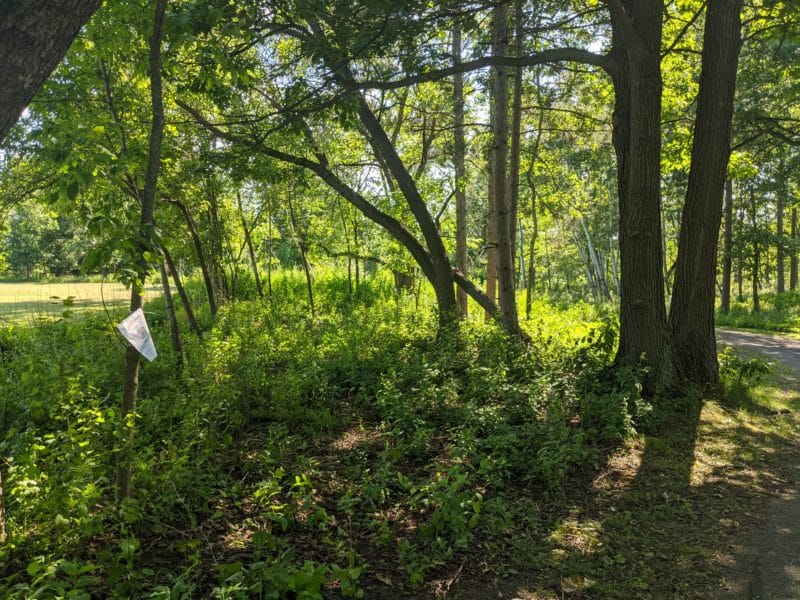 Once you have solved the riddle and figured out the location of the next part of the story, you can either scan the QR code there or click on the button below to access Part Three of Episode One.

To Protect a Daughter