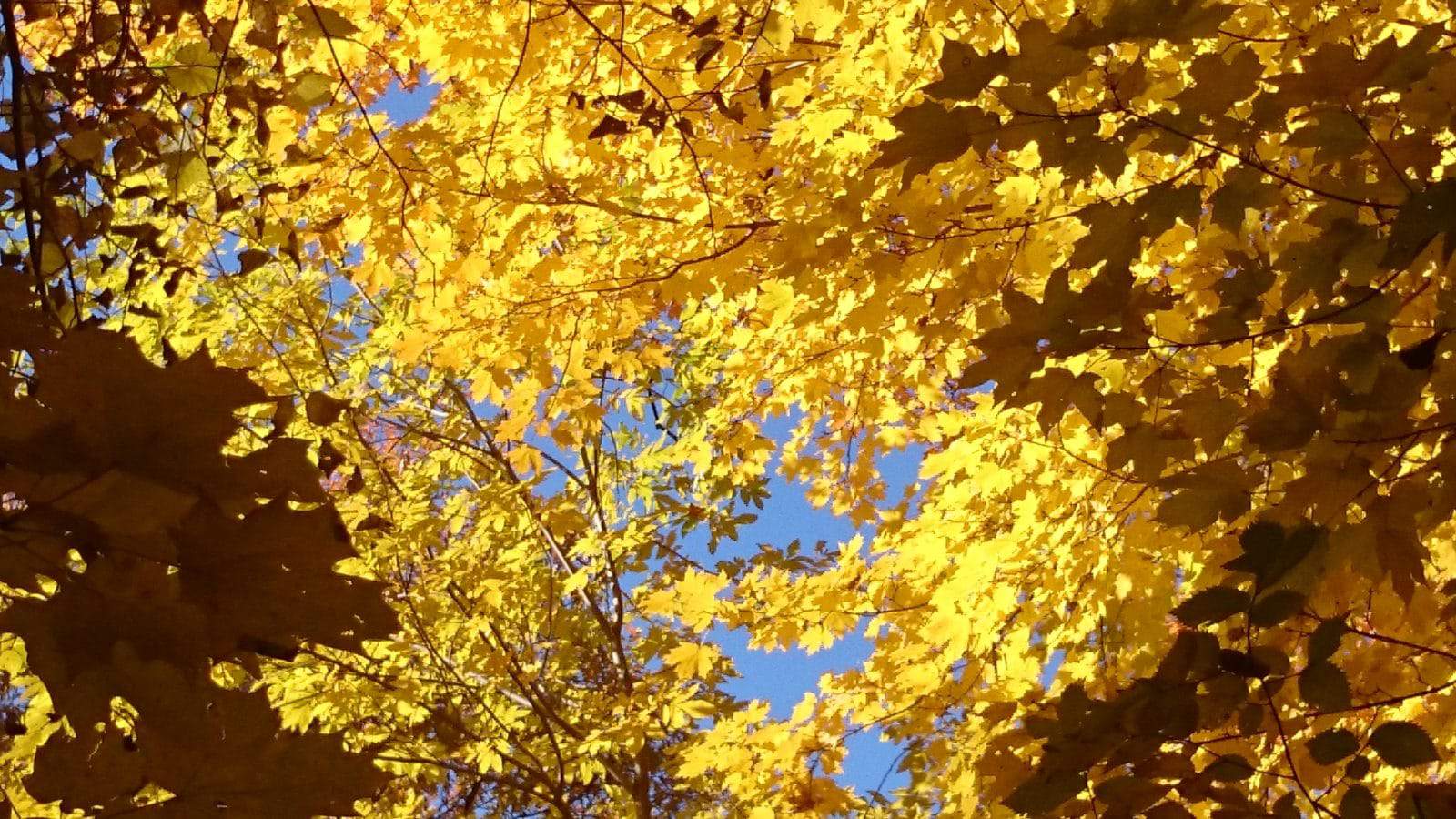 Whether you prefer playing live-action games in the field or making things in the studio, Adventures in Cardboard hosts activites that demand the use of legs and feet as much as hands and head, where artist-instructors seek to unleash a zeal for creative role-playing, and where wonder is the preferred path to igniting a passion for design, construction and playful exploration of the world.

Make sure you're signing up for the right activity! 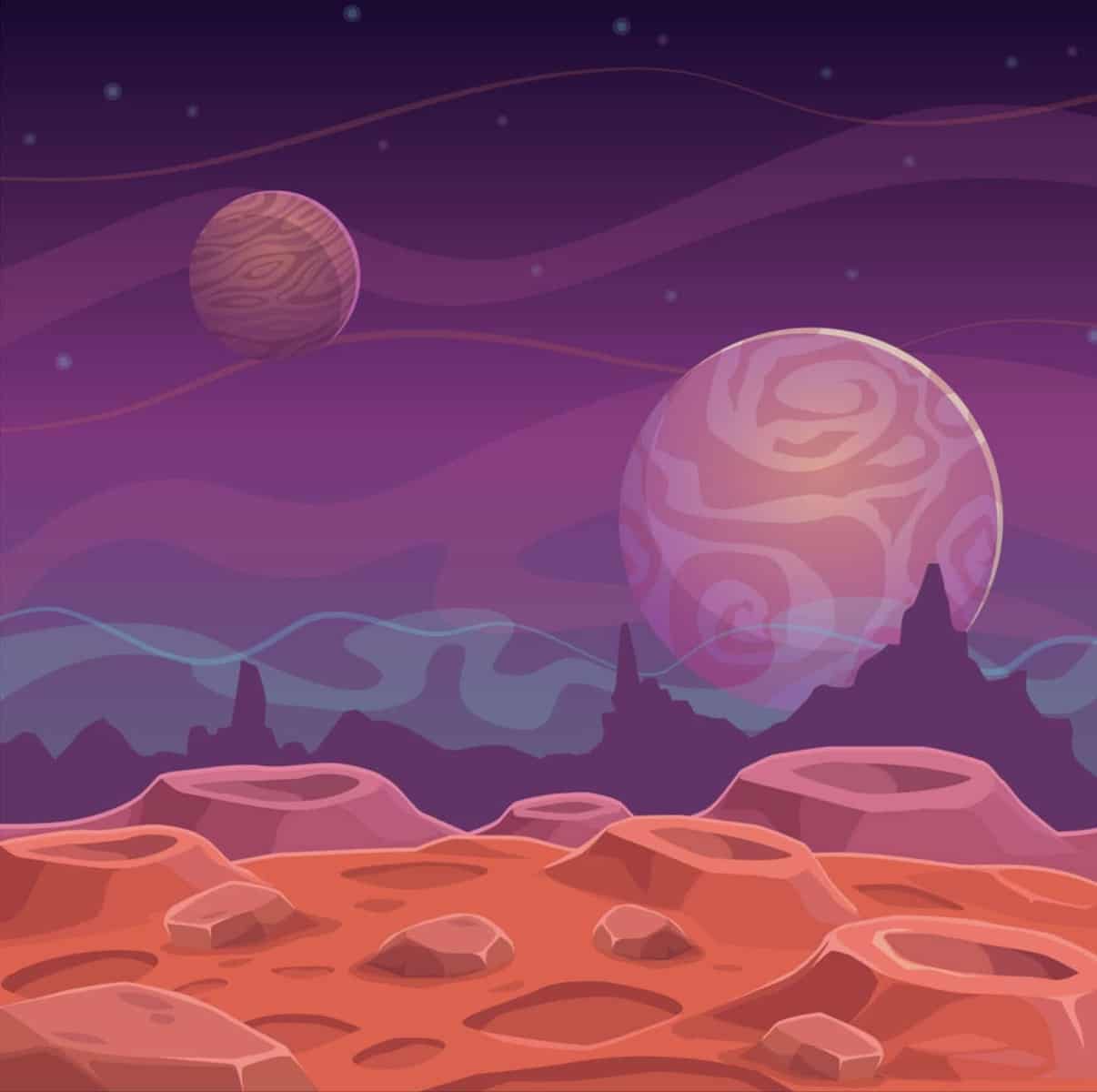 In our third installation, you will play as members of one of several star-faring civilizations of humanity, as battle-andoids or as the deposits of a hive intelligence fighting for control over an alien world! New sci-fi rules, nerf guns and real-time territory consolidations will be in play in a multi-episodic adventure sequence at West Bush Lake Park.

This is a stand-by-itself adventure open to both newbies and veterans! You do NOT need to have participated in one of our past adventures in this series, nor do you need to be familiar with our rules of play. All are welcome and all may do quite well.

After escaping Imperial pacification units in Episode I, Plorosite rebel force managed to re-assemble in the Aplha Centauri System in Episode II to face off Imperial forces under the command of Admiral Vanir. With the help of Kra'ali maroons, Plorosite rebel forces succeeded in disabling The Empire's super weapon on Planet Bb and expelling Vanir's forces from the Centauri System.

Though the central objectives were achieved, the entire operation was a fiasco. The Plorosite managed to alienate potential allies when their attack caused major collateral damage to Calibdian rebels who, with their Corellian allies, were secretly staging their own attack on Imperial Forces at Planet Bb.

Human beings and Plorosite deposits have been painfully misunderstanding each other since first contact several centuries ago on Calibda when deposits attempted 'glorious communion' with several cities and were fiercly resisted. Calibdans quickly dubbed a lasting term for the Plorosite Intelligence after losing several thousand people; they called it "The Thing." Its tenacious deposits have been loathed and feared by humans at least as much as humans have feared and loathed The Empire. Though The Intelligence admitted its mistake and issued a formal apology with recompense 212 years ago, this was hotly rejected by the people of Calibda. Multiple skirmishes have erupted in the Centauri System since then, when planetary alignment has ocassionally squeezed the outer world DMZ into a thin barrier between Calibda and The Thing's homeworld sharing orbital space around Proxima.

Presently, with Imperial forces in retreat, Calibdians and Corellians have had the time to power up a fleet of battle-droids for an attack on the Plorosite homeworld with the intent of destroying the sea-sized, hive-intelligence rooted there once and for all. 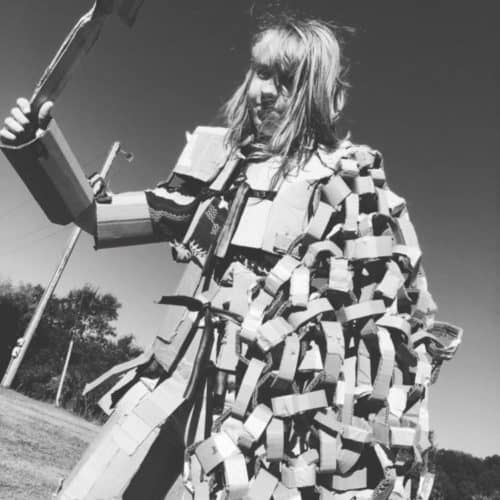 Spend six mornings at our arts studio in South Minneapolis with talented cardboard artists who will help you come up with ideas for new arms, armor, relics or anything else you'd like to make. Create props and costumes for yourself or for use in our Game Days and Summer Adventures be they whimsical, preposterous, beautiful, threatening, hilarious or wonderful! 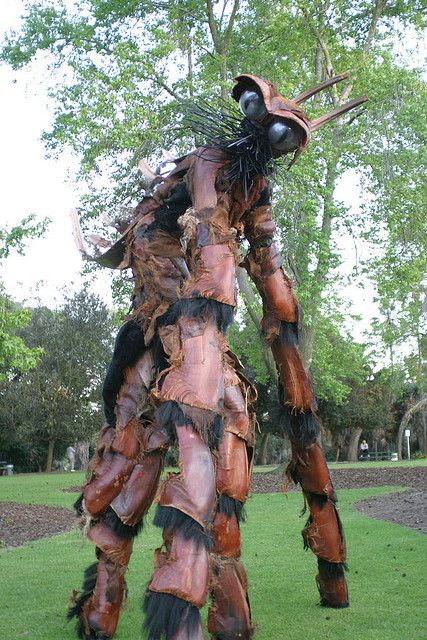 Learn how to walk with your feet three to six feet in the air with artist and stilt-walker Mark Safford and his friends! Make your own pair of stilts to take home, design a costume and show up at Summer Adventure Camp nine feet tall and wileding a six foot broadsword - stilting-beings are considered to have 'giant strength' or 'four hands' to expend when considering the size and weight of weapons available to them!