Power: A banner that must be carried by a banner bearer. While holding the banner, the bearer may fight with 1 arm of equipment. If the banner is tagged, the bear is killed. The banner holds 3 phoenix feather charges that can be used to instantly revive a dead teammate. The phoenix feathers can be recharged at spawn by having the bearer wait through a respawn wave. Each feather takes 2 minutes each.

The last surviving battle standard from the Siege of Khad Zhere. Held by a nameless paladin that charged into battle side by side with Sabrah Ranraki, it is one of the few remaining relics of Empire left in the realm. 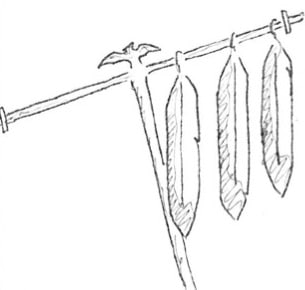